Singing should be effortless.

Hitting high notes should be as easy as breathing. It’s not a special skill reserved for a select few, gifted with superior genes. Anyone can do it. And that includes you.

It begins by discovering your vocal type. 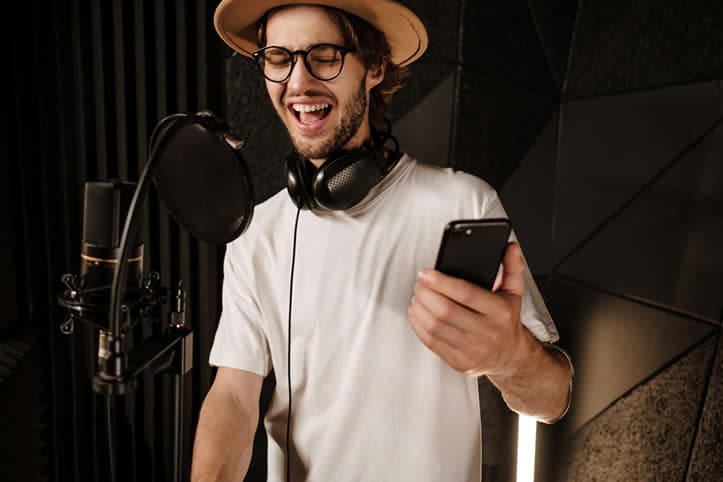 What is your vocal type?

Each of us fits into one of these four types when we sing. And each type comes with its own strengths and weaknesses.

Understanding your vocal type moves you from unconscious incompetence into an immediate awareness of why you face the challenges you do and what to focus on in order to rapidly release the full range, power and beauty of your singing voice.

How to discover your vocal type

Discovering your vocal type is easy:

Go to your email to learn about your voice. Inside you’ll get access to:

You may need to allow access to your microphone in the chrome permissions dialog which normally appears in the upper left window of your browser.

Step 2 - Now take the quiz to discover your vocal type

Why should you listen to me?

Hi, I’m Chuck, the founder of Power to Sing.

I’ve been a certified singing instructor since the early 2000s. I was trained to be a teacher by Seth Riggs, founder of Speech Level Singing and vocal coach to Michael Jackson.

To date, I’ve starred in nearly 45 musical productions as the lead role or supporting singer. That’s a picture of me playing the king in The King and I. Not bad considering I once took a 24 year break from performing due to discouragement with my singing voice.

Maybe you came here from my YouTube channel which has over 21,800,000 views… or you’ve never heard of me. It doesn’t matter. This is about your voice.

I love teaching almost as much as I love singing. I want to help as many people around the world sing with the beauty, confidence and power we’re all capable of.

Find out your vocal type now and start releasing the incredible voice within you today.